How To: Jar of Clay 'Ladurée' Macaroons 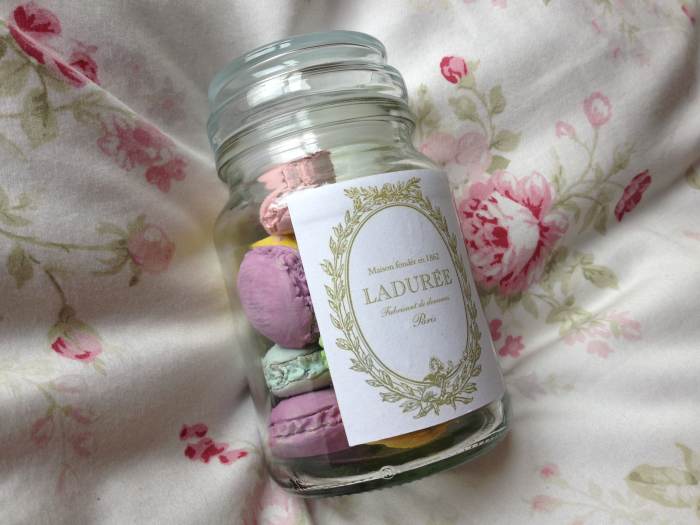 I've been obsessed with all things Parisian ever since the boyfriend and I visited Paris together a few years ago and while I've not yet had the chance to visit any of the famous Ladurée shops, I do love macaroons. Knowing how much of an obsessive I am, the boyfriend sweetly suggested we try making a jar of clay macaroons with a Ladurée label which we did one rainy afternoon a couple of months, helped by the boyfriend's little brother.

These turned out so well and the jar now has pride of place on my bookshelf so I thought I'd share how we did it for any other Paris/Macaroon/Ladurée obsessives out there!

You will need:
For the macaroons:
Air drying clay (we used two small packets)
Pastel acrylic paints - use whatever colours you fancy!
Paintbrushes
A cup of water
A paint palette with circular wells
A knife
For the jar:
A glass jar - an empty coffee jar would work fine
A printer 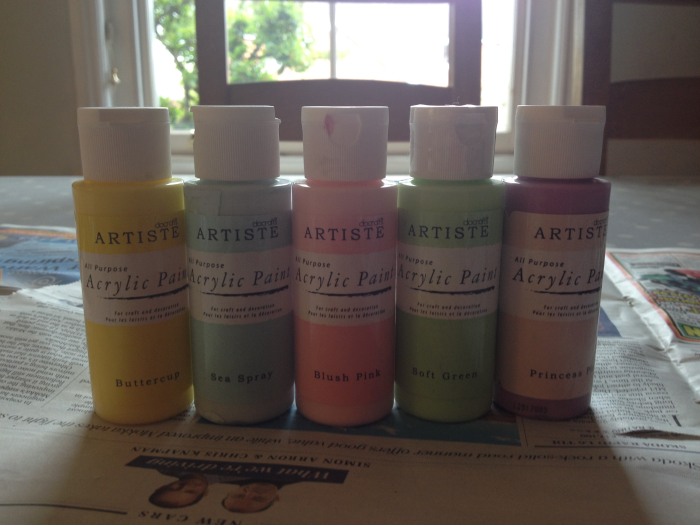 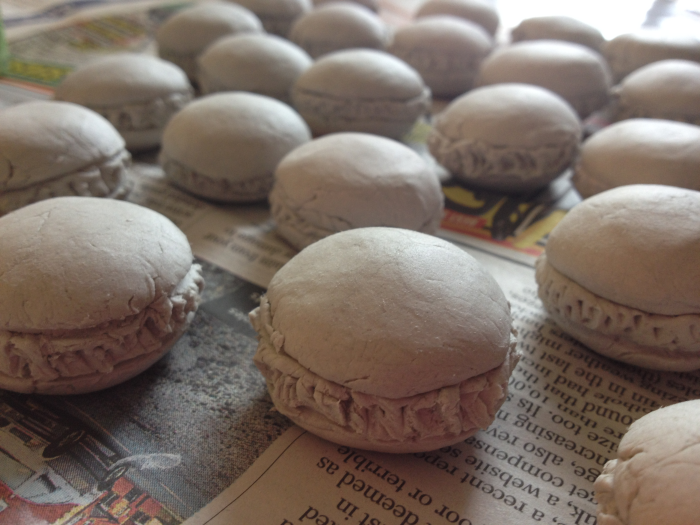 How to:
Step 1: Make the macaroon halves
To make the macaroons you first need to make two halves which will be joined together later. To make the halves, break off a small piece of the clay and roll into into a ball - you want it to be about the size to fill one of the wells in the paint palette. You can then press the ball of clay into a well to create the shape for one half of the macaroon.
Step 2: Put the halves together
Once you've repeated step 1 enough to use up all the clay you can then start putting them together. Ideally you need to put a slightly fatter/bigger half with a slightly smaller one so you can use the bigger one to create the middle part. To join them together you need to score on the inside of both halves and wet them slightly so they'll stick.
Step 3: Make the 'filling'
Once you've placed both halves together, you need to score around the the fatter half with a knife, slightly above where the two halves are joined to create the middle 'filling'. Then, using the knife again, you need to scrape all along the middle section to create the uneven texture you usually see on the filling on macaroons. Once you've finished making the macaroons you need to leave them to air-dry. We left ours out overnight but there will probably be instructions on the clay packet about how long it should be left for.
Step 4: Painting
Once your clay is completely dry you can start painting them! There's not much I can really say here apart from make sure you don't use too much paint in one go. If you use too much you'll loose the detail of the filling so it's better to do more than one coat if some of your colors are quite transparent.
Step 5: Creating the jar
For the jar we used an old Douwe Egberts coffee jar but any old jar that's big enough will do! For the label we googled 'Ladurée logo' and then re-sized and printed one off one of the ones available. This can then be stuck to the jar with a fairly thin coat of PVA glue. Finally once the paint has dried you can place the macaroons inside the jar, although this might take a few goes to do as you have to be quite strategic about getting them inside! 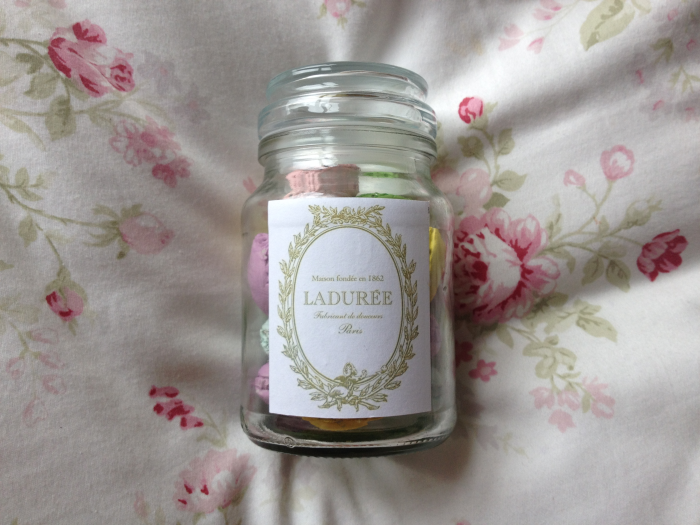 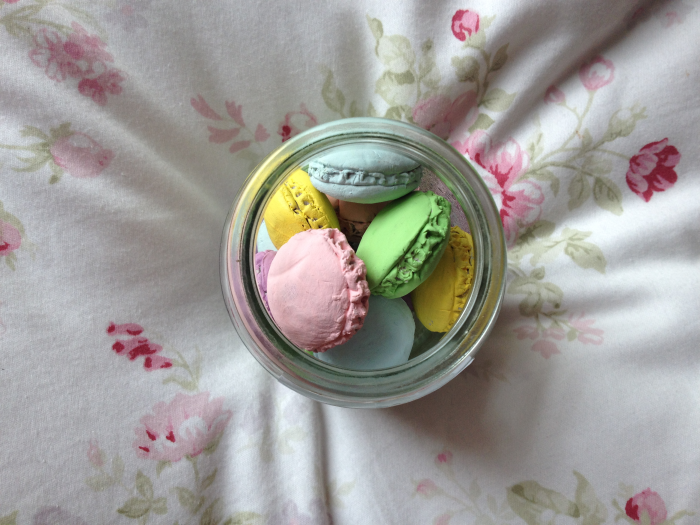 Email ThisBlogThis!Share to TwitterShare to FacebookShare to Pinterest
Labels: how to, laduree